I know, I know. I haven’t posted in a while. But I’m still here! And I’ve been watching a lot of sci-fi stuff that I can’t wait to share with you, so let’s get started:

First, we need to talk about “Black Panther.” If you’re wondering if this movie is worthy of the hype, the answer is yes. Yes it is. 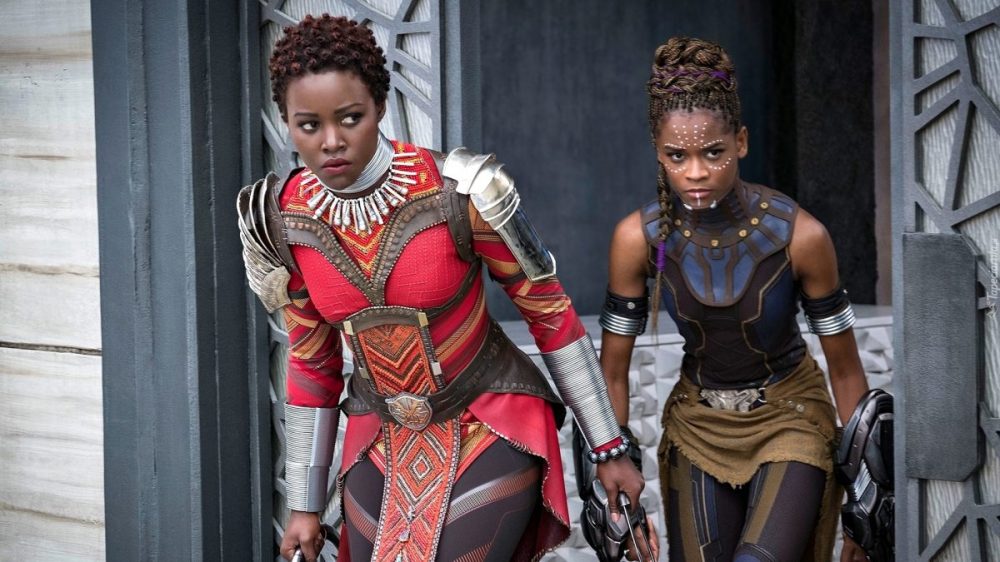 I love origin stories, and this one was no exception. It’s beautiful, for starters. The Kingdom of Wakanda blew me away, and the costumes are breathtaking. I went into this movie not knowing much about the comic so it was fun and surprising and I was on the edge of my seat, wondering what was going to happen next. I’ll give you a little bit of backstory:

Black Panther, aka King T’Challa (Chadwick Boseman) is the leader of Wakanda, an African nation which is every bit as fascinating as the superhero himself. Hundreds of years ago, Wakanda was hit by a meteorite containing vibranium, a metal which, unknown to the rest of the world, has given the Wakandan people the ability to create advanced technology, and which also affects an indigenous “heart-shaped herb,” which is ingested by the king and gives him the superhuman abilities that make him a total bad-ass.

Of course, the tech doesn’t hurt either. His little sister Shuri (Letitia Wright) is the Tony Stark-like genius behind T’Challa’s suits/gadgets. And as awesome as Black Panther is, it’s really the women I admired most in this film. I really want to tell you about them but I don’t want to give away anymore. Suffice it to say there are some interesting twists and turns, some laughs and a lot of heart. (And lots of girl power!) Just take my advice and go see it. 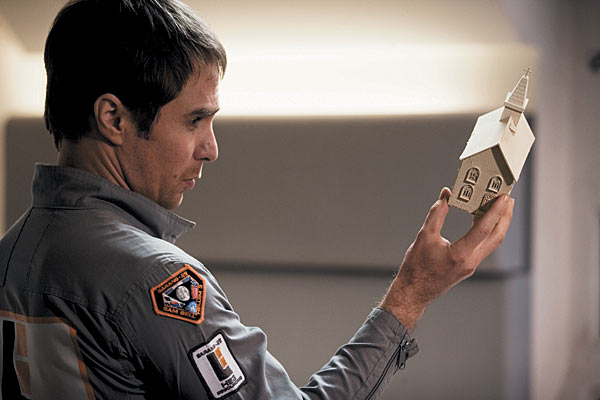 The next thing I want to talk to you about is “Mute” (Netflix).  I was so excited about this, because it’s directed by Duncan Jones (David Bowie’s son!), who also directed one of my favorite movies, “Moon.” 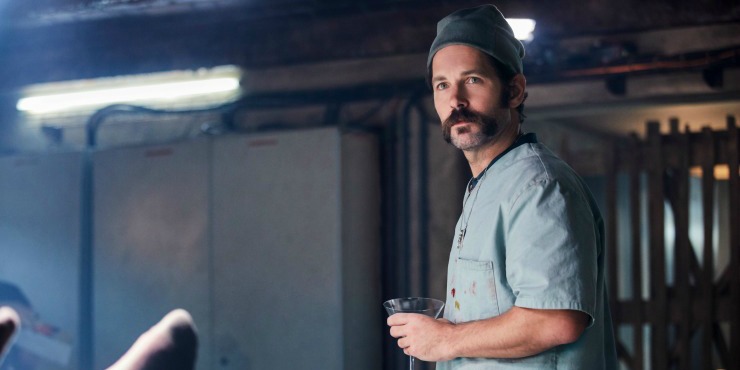 “Mute,” on the other hand, is one of those movies where you’re like WTF is happening right now and where is this even going?

Alexander Skarsgard stars as a mute bartender searching for his missing girlfriend, but Paul Rudd steals the show as an unhinged surgeon named Cactus Bill, who makes you laugh but in an awkward, uncomfortable way that makes you wonder if you should really be laughing. Rudd is good though, and you’ll probably completely forget the plot while you’re watching him.

I will confess the main reason I wanted to see this movie is because I was promised more Sam Rockwell and I would like to say I was not disappointed but I was totally disappointed; Rockwell appears in “Mute” for about three seconds.

I liked the ending of “Mute,” if that counts for anything. (Does it?)

Next up, let’s talk about “Electric Dreams.” I was even more excited about this series than I was about “Mute.” Unfortunately, I was equally disappointed.

I had high hopes because each episode is (loosely) based on a different story by Philip K. Dick, whose stories have been previously adapted to the films “Blade Runner,” “Minority Report,” “Total Recall,” etc. He’s been called “the father of modern science fiction,” to give you an idea of his influence.

The first “Electric Dreams” episode, “Real Life,” was just OK. It’s been done before and it’s been done better (in the aforementioned “Total Recall”). I kept thinking, I really hope the second episode is better.

It was. “Autofac” is set in a post-apocalyptic world (and you know I’m a sucker for post-apocalyptic worlds), where a group of survivors are trying to figure out how to shut off a factory that keeps sending them stuff they don’t need. (It’s hard to believe this was based on a story written in 1955. Did Dick predict Amazon Prime?) 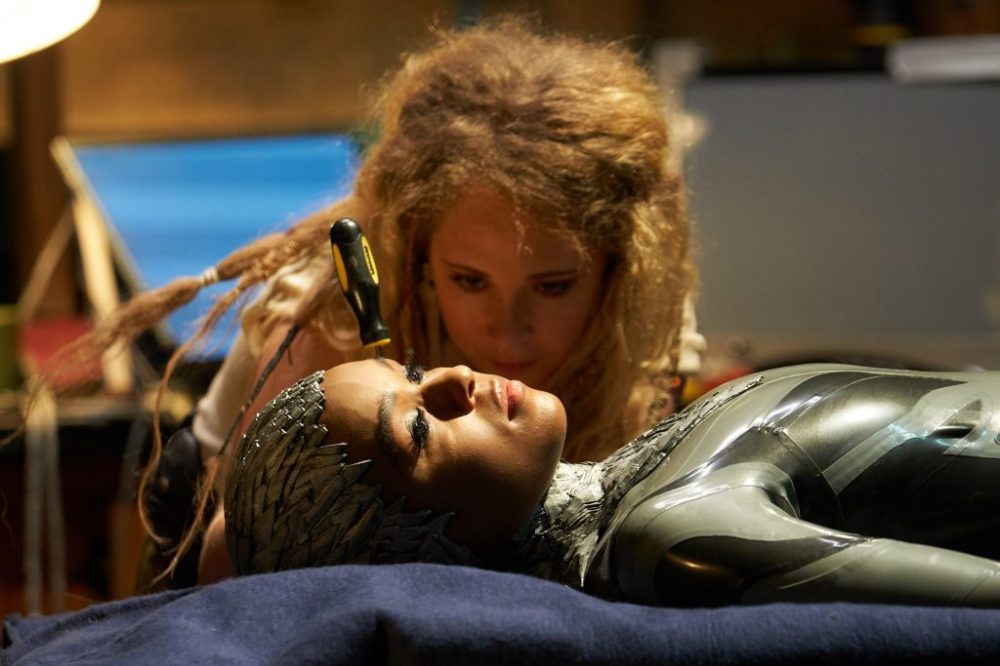 I recently read a novel called “How To Stop Time,” by Matt Haig. The main character, Tom Hazard, has a condition that causes his body to age much slower than the rest of us. He’s actually over 400 years old, even though he looks like he’s in his 40s.

It’s tempting to make comparisons to Anne Rice’s Vampire Chronicles, but Tom is not a vampire. He’s very human, and that is sort of the theme. What makes us human? What makes life worth living? It’s deep, but it’s also accessible and fun.

A film adaptation is in the works, with Benedict Cumberbatch starring as Tom. I loved Cumberbatch in “Doctor Strange,” and I am looking forward to seeing this story on the big screen. 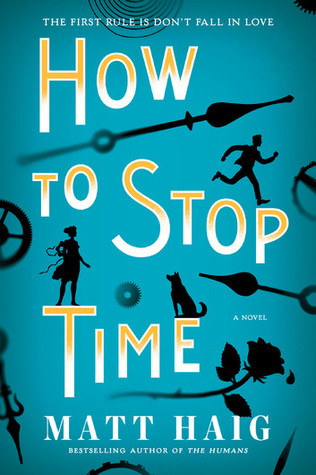 As I mentioned earlier, I love Sam Rockwell, so I was very happy last night when he won a best supporting actor Oscar for his role in “Three Billboards Outside Ebbing, Missouri”! Also I love that Frances McDormand won – she’s amazing. It’s not sci-fi so I haven’t discussed “Three Billboards” on my blog, but I highly recommend it. It’s very powerful and moving.

Guillermo del Toro won best director and his film “The Shape of Water” won best picture! Congratulations, Guillermo! If you missed my review of his art exhibit at the LACMA, check it out here:

I loved his acceptance speech at the awards ceremony, which he ended by saying, “I want to tell you, everyone that is dreaming of a parable, of using genre and fantasy to tell the stories about the things that are real in the world today, you can do it. This is a door. Kick it open and come in.”