As I mentioned last time, I separated my top 10 sci-fi and fantasy films of the decade from my fave superhero movies. Here are my picks:

1. “Wonder Woman,” 2017. This is my favorite film of the decade, period. I still haven’t gotten tired of watching it. I loved Wonder Woman when I was a kid, and Gal Gadot lives up to her character’s moniker. She really is a wonder, and I love just about everything about this movie: Diana growing up on Themyscira with the bad-ass Amazonian warriors, Chris Pine as Steve Trevor, and the way the movie captured the rallying cry of feminist power. I love the song Sia did for this movie. I love the film’s heart and humor and all-around awesomeness. 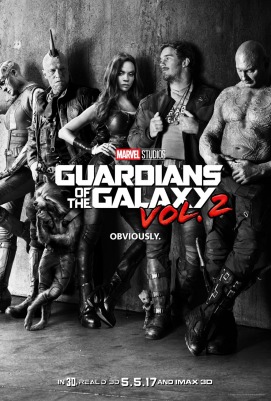 2. “Guardians of the Galaxy, Vol. 2,” 2017. This movie (along with the first one) is another one that I’ve watched multiple times. I fell in love with this zany intergalactic superhero team and I can’t get enough of them. I love the characters, the music, the humor, and all of their crazy outer space adventures. They’re my favorite superheroes in the Marvel Cinematic Universe.

3. “Deadpool 2,” 2018. Ryan Reynolds is perfect as the wisecracking mutant. Deadpool isn’t a typical comic book hero; he knows he’s in a superhero movie. He knows all the tropes and clichés and he “breaks the fourth wall.” Both Deadpool movies manage to be raunchy and hilarious while also being touching and sweet.

4. “Doctor Strange,” 2016. I don’t know what I was expecting when I first saw this movie, but it wasn’t this. I didn’t expect to love every minute of this trippy origin story, with Benedict Cumberbatch as an arrogant surgeon turned sorcerer and Tilda Swinton as a bald and ancient mystic. Chiwetel Ejiofor, Benedict Wong, Mads Mikkelsen, and Rachel McAdams also star.

5. “Captain Marvel” (2019) is the 21st film in the Marvel Cinematic Universe – and the first female-led film in the MCU. Crazy, right? There were a lot of other things to love about this movie too: Brie Larson was great as the title character; we got to see a lot of Nick Fury (Samuel L. Jackson); and it gets extra points for having a cat – I mean a flerken – in the cast. I also loved that it was set in the ’90s.

6. “Black Panther” (2018). The title character, aka King T’Challa (Chadwick Boseman), is the leader of Wakanda, an African nation which is every bit as fascinating as the superhero himself. His little sister Shuri (Letitia Wright) is the Tony Stark-like genius behind T’Challa’s suits/gadgets. And as awesome as Black Panther is, it’s the women I admired most in this film. I hope to see Shuri, Okoye, and Nakia in future films.

7. “X-Men: Days of Future Past” (2014) is my favorite X-Men movie. Logan (Hugh Jackman) goes back to 1973 to – what else? Save the world. This could get old, but it doesn’t. James McAvoy and Michael Fassbender as young Professor X and Magneto are soooo great, and the cast also includes Jennifer Lawrence and Peter Dinklage. But arguably the best part of this movie is the prison break scene in which Quicksilver (Evan Peters) dashes around to the tune of Jim Croce’s “Time in a Bottle,” moving bullets out of the way and giving cops wedgies.

8. “Spider-Man: Into the Spider-Verse” (2018) won several awards, and in my opinion, it’s the best Spider-Man film yet. It’s not about Peter Parker this time, but Miles Morales, a teenager who gets bitten by a radioactive spider and discovers there can be more than one Spider-Man. It aims to look like it’s been torn from the pages of a comic book, and it does. The computer animation is awesome, and the script is fresh and funny.

9. “Avengers: Infinity War” (2018). This is my fave Avengers film. It was great to see the Avengers and the characters from the other Marvel movies interacting with each other. The ensemble cast was the best part of this movie, but it was also more engaging than previous installments because it was a better story.

Loki in this sequel, in which Thor must save Asgard from his evil sister Hela (Cate Blanchett). Directed by Taika Waititi, the film is as much a comedy as it is an action movie, which is exactly how I like my superhero movies. It’s a fun film.

That concludes Part 2 of my favorite movies of the decade! Next up is my top 10 favorite TV series. Stay tuned!

Happy “Back to the Future” Day! Today is Oct. 21, 2015, the day Marty and Doc traveled to the future to stop Marty’s kid from getting arrested. The Internet is abuzz with questions of “What did the movie get right?” If you’re not sick of hearing how close you are to having your own hoverboard, you will be soon.

I love the BTTF trilogy as much as anyone, but they’re not the only cool time-travel flicks in the universe. Time travel is a fun subject, even though it’s not possible – and thank goodness, because we really do not want to “unravel the fabric of the space-time continuum!”

Some characters get to go back in time, some go forward, and some just go back a day and are forced to keep repeating the same day over and over until they get it right. Here are some of my favorite time travel movies.