I was at the library for “Monstress” (more on that later) when I picked up Julia Armfield’s book, “Salt Slow,” on impulse. I had never heard of the author (it’s her first book), and I was pleasantly surprised to discover it’s a collection of feminist fairy tales and ghost stories!

Armfield’s characters are not what they seem; they subtly become sinister, evoking the spirits of old-fashioned monsters from Greek mythology, Grimm’s fairy tales, and classic horror movies, but with an original and modern twist.

A wolf dressed in a pinafore calls to mind an image of the Big Bad Wolf in Grandmother’s nightgown. A woman is visited by her undead lover. City dwellers become a population of insomniacs when they’re separated from their “Sleeps” – wraith-like creatures who take on lives of their own.

Because short stories aren’t usually my thing, they have to be special to be worth my time, and these qualify. One benefit of the medium is that you can enjoy the book in bite-sized pieces, saving the rest of the package for later, instead of finishing it all at once. I savored the stories of “Salt Slow,” and look forward to reading more of her work. 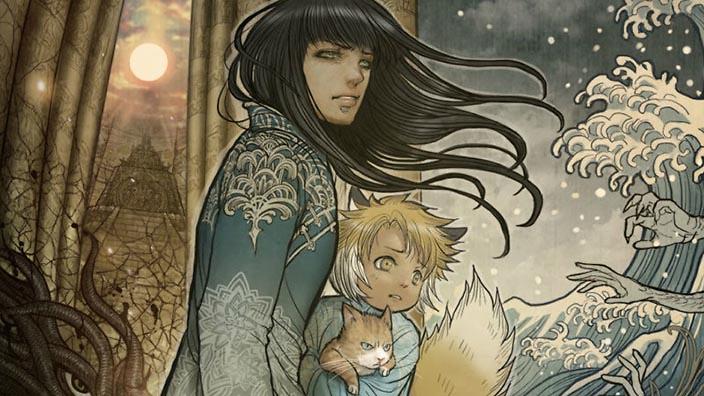 I’m late to this party, but that just means I don’t have to wait for the next installment of this awesome comic, set in a matriarchal world of sorceresses and magical creatures. The title character is Maika Halfwolf, a teenager who is bonded to/possessed by a powerful demon.

Maika embarks on a journey of discovery and revenge, and … well, I’m only on Vol. 2 but I like the story so far and will report back when I’m all caught up! I’m trying not to rush through the series.

Written by Marjorie Liu and illustrated by Sana Takeda, “Monstress” is published by Image Comics, which also publishes two of my other favorite comics, “Rat Queens” and “Saga.”

Like “Saga,” “Monstress” deals with the big stuff: racism, war, etc. The comic has won several Eisner and Hugo awards, which is not surprising: It has a fresh, original (and grisly) story, and beautiful art.

Volume Four, which collects issues 19 through 24, was published in September.

“Maleficent,” released in 2014, was a remake of “Sleeping Beauty,” told from the villain’s side of the story. It was clever and beautiful and I loved it. So I ignored the sequel’s score on Rotten Tomatoes, and I’m glad I did.

The new movie is – like the first one – a visual masterpiece, which makes up for the fact that the story is not quite as good as the first.

Angelina Jolie and Elle Fanning reprise their roles as Maleficent and Aurora. The sequel picks up a few years after the events of the first film. 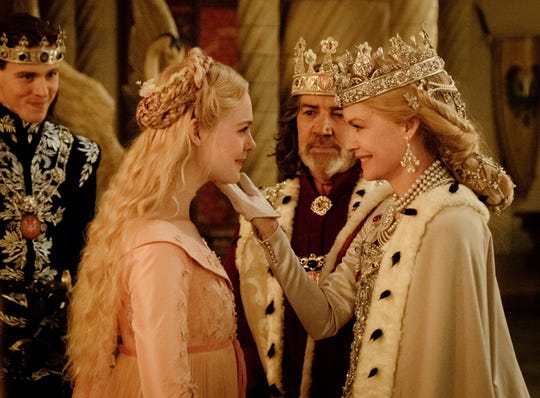 Maleficent is once again maligned/feared/hated, all the old rumors swirling, but this time in the neighboring kingdom of Ulstead, the home of Prince Phllip. Phillip’s mother, the queen, is played by Michelle Pfeiffer.

Phillip has been recast but is about the same level of interesting as the prince from the original. The women are the MVPs here, but I do love Diaval, the loyal man/raven played by Sam Riley in both films. (Perhaps he is the ideal man – one who can be controlled with a snap of one’s fingers!)

There were mixed reviews even among my own party, so I guess this film isn’t for everyone. Maybe you have to be in the right mood, and I was in it. If you could use a dose of girl power, take your daughter, your niece, or your besties, and go see it.

If you haven’t seen the Season 6 finale of “Game of Thrones,” you may want to come back after you’ve seen it. This is your spoiler warning.

Let’s talk about Cersei’s industrial goth dress. I’m guessing someone in the costume department has seen the “Hellraiser” movies way too many times, because I feel like I’m watching Clive Barker’s “Game of Thrones.” Let’s not forget the Night King looking like Pinhead’s distant cousin: 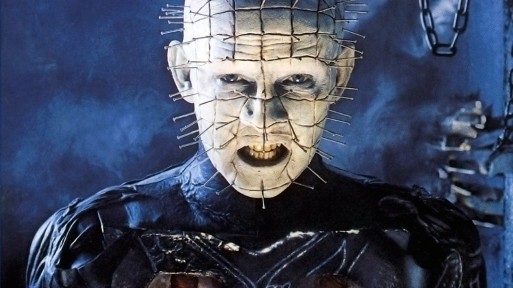 Everything is happening, and it’s about time. We knew Cersei was planning something sinister, but who knew how big it would be? That wildfire explosion was crazy. One thing I didn’t see coming was the end of Margaery, Loras, and Mace Tyrell. But I was happy to see those pesky Sparrows go down.

The truth of Jon Snow’s parentage was figured out by readers of the books some time ago, so last night’s “shocker” wasn’t much of a revelation, but it was satisfying to see it finally play out on screen, even if we knew all along Jon wasn’t Ned’s bastard son. I think Ned would be proud of the man his nephew has become. “The King in the North!”

Daenerys’ scenes – some of my favorites in the first few seasons – have lately been a batch of fries sitting under a heat lamp while the other stories catch up, so it’s nice that she’s finally going somewhere. The part where she dumps her boyfriend was blah, but it’s so darn touching when she names Tyrion the Hand of the Queen, it almost makes up for it. 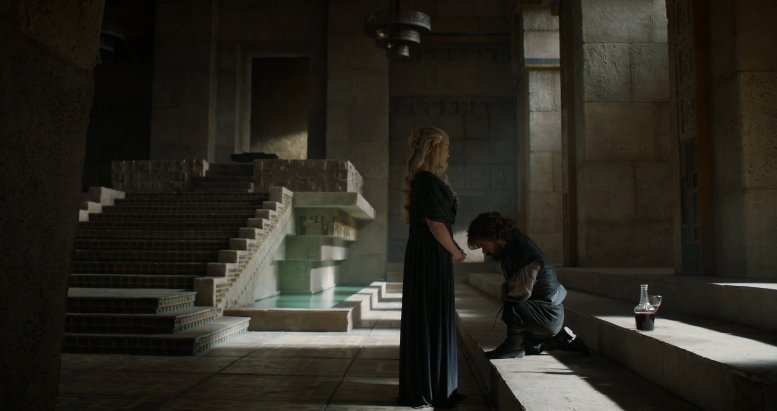 It’s nice that we got to see a little bit of everyone, since it’s the last episode we will get until 2017. But come on, that was not enough of Sam and Gilly. (Cool library! And then we move on.)

I think the most unexpected and breathtaking moment of the finale was Tommen’s suicide. But the most heartbreaking was Davos confronting Melisandre about Shireen’s murder. “I loved that girl like she was my own,” he tells her. “She was good, she was kind, and you killed her!” (Stop making me cry, Onion Knight!)

I love GoT, and I’m going to miss it while it’s gone. Until next year.

I’m reading Hugh Howey’s post-apocalyptic “Wool” series (which is awesome – go read it right now if you haven’t), and hopefully I will have more news to report about this soon – “Guardians of the Galaxy” writer Nicole Perlman has reportedly been hired to re-write “Wool” for 20th Century Fox and producers Ridley Scott and Steve Zaillian.

“Wool” began as a stand-alone novella, which Howey published through Amazon’s Kindle Direct Publishing system. Interesting note: Ridley Scott’s “The Martian” also was based on a self-published book. Self-publishing seems to be gaining more respect.

Maybe anyone can write a novel. Maybe even … robots? Yes, as Hugh Howey himself predicted, a novel has recently been written by artificial intelligence. The AI had some help from humans, so writers aren’t obsolete just yet. The novel, a team effort led by Hitoshi Matsubara, a professor at Future University Hakodate, was an attempt to win Japan’s Nikkei Hoshi Shinichi Literary Award. The novel, “The Day a Computer Writes a Novel,” didn’t win, but it passed the first round of screening.

The idea of robots taking over the world is just science fiction, though. Right? Well, not if you believe in a theory known as “technological singularity.” Singularity theorists say that superintelligent machines will one day overtake humans. Of course, there have been multiple books, movies and TV shows about cyborgs, androids, robots, or machines overthrowing humans. Most of them seem too far-fetched to come true, but some of them (“Ex Machina” and “Her”) seem eerily possible.

Moving on to a more scientifically plausible prediction about non-human intelligence, a Cornell student recently estimated that Earth won’t contact alien life for another 1,500 years. This might sound like a wild guess, but it’s based on math: Evan Solomonides and professor Yervant Terzian presented a paper earlier this month, at the American Astronomical Society meeting, which explains that because we have only been sending signals to space for 80 years, we’ve reached less than one percent of the galaxy. We shouldn’t expect to make contact until we’ve reached at least half of the solar systems in the Milky Way.

The astronomers address what’s known as the Fermi Paradox, which asks: “There must be other planets like Earth, so why have we not heard from them yet?” Solomonides’ answer is a good one, but I will offer up another possibility: Maybe the aliens are just waiting to see if this Trump thing blows over before they decide if we are worth talking to.